A feature length film/drama ‘The Windermere Children’ commissioned by The BBC to commemorate the liberation of Auschwitz was broadcast on 27 January 2020 at 9pm on BBC2.

The Lake District Holocaust Project was the principal source for information about this film/drama and the accompanying documentary below and were present for two days at the end of filming.

“A sad, beautiful refugee story with an ending that took the breath away”

“I urge everyone to watch”

“It was outstanding and tear inducing. Very under-stated. Utterly wonderful. “

The Windermere Children – in Their Own Words

“Absolutely wonderful, powerful tv. As was the programme that followed. Not a dry eye in my house.”

“As was “The Windermere Children: in their own words” which followed on BBC4. This was very moving and gave some further background.”

Above and Below the Holocaust Landscape

The series of exhibitions by leading contemporary artists that were commissioned and organised to coincide with ideas and artefacts linked to an archaeological survey and dig of the “lost” village of Calgarth Estate that took place in the summer of 2019, will continue in 2020.

By popular demand the photographs and exhibition ‘The Auschwitz Landscape‘  by Richard Kolker continued until February 2020. Richard White & Lorna Brunstein will exhibit together late during the summer and Miroslaw Balka’s installation will be the culmination of the project in the autumn.

The site specific archaeology at the former site of Calgarth also feeds into the art work and the artists’ responses. Visits have also been made to Berlin and Ravensbrück.

It seems extraordinary to make a connection  between the archaeology of The Reich Security Main Office (RSHA) in Berlin and Calgarth Estate, a location nestled at the heart of the  Romantic Lake District of Wordsworth and Ruskin.

But this ominous and foreboding location was the place where the planning and organisation of the Holocaust took place. Its bricks and mortar remains offer no clue as to what this place represents, that is, if  the aesthetics were simply taken at face value.

The excavations and archaeology at Ravensbruck women’s camp (an hour from Berlin and near to Furstenberg) are ongoing and leading towards a form of incomplete completion in 2020. Ravensbruck stands on the shores of a lake as idyllic and beautiful as any in the English Lake District. Pleasure boats and trippers stop just off shore and presumably have a guide who then explains what the remains are. It is utterly confounding to see, and I know someone who was incarcerated here as a young woman when it was at its most cruel.

Her brother was one of our children who came to the Lakes in 1945.

Above and Below the Holocaust Landscape

The Lake District Holocaust Project has received a major award of £48,000 from Arts Council England. The two year project titled “Above and Below the Holocaust Landscape” will involve exhibitions in 2019 and 2020 by artists Richard Kolker, Richard White and Lorna Brunstein, and Miroslaw Balka.

These exhibitions coincide with archaeological activities at the former site of Calgarth Estate near Windermere and will explore psychogeographical connections between this Calgarth in the Lake District and its links to locations elsewhere connected to the Holocaust, including Auschwitz and Treblinka.

Richard Kolker’s photographs are large scale evocative colourprints of Auschwitz Birkenau in the modern day and include poignant images of the site being reclaimed by natural forces. Railway lines, barrack blocks, gates and ruins,without any human figures present in them. They make for a compelling exhibition that hints at a time before the mass arrival of visitors.

The archaeological survey and dig at the former site of the Calgarth Estate, which had been in the planning stage for many years, finally went ahead thanks to the National Lottery Heritage Fund. It was known beforehand that the estate had been pretty thoroughly demolished in the 1960’s but there were questions that needed to be addressed about what actually did lie hidden and buried beneath the ground. 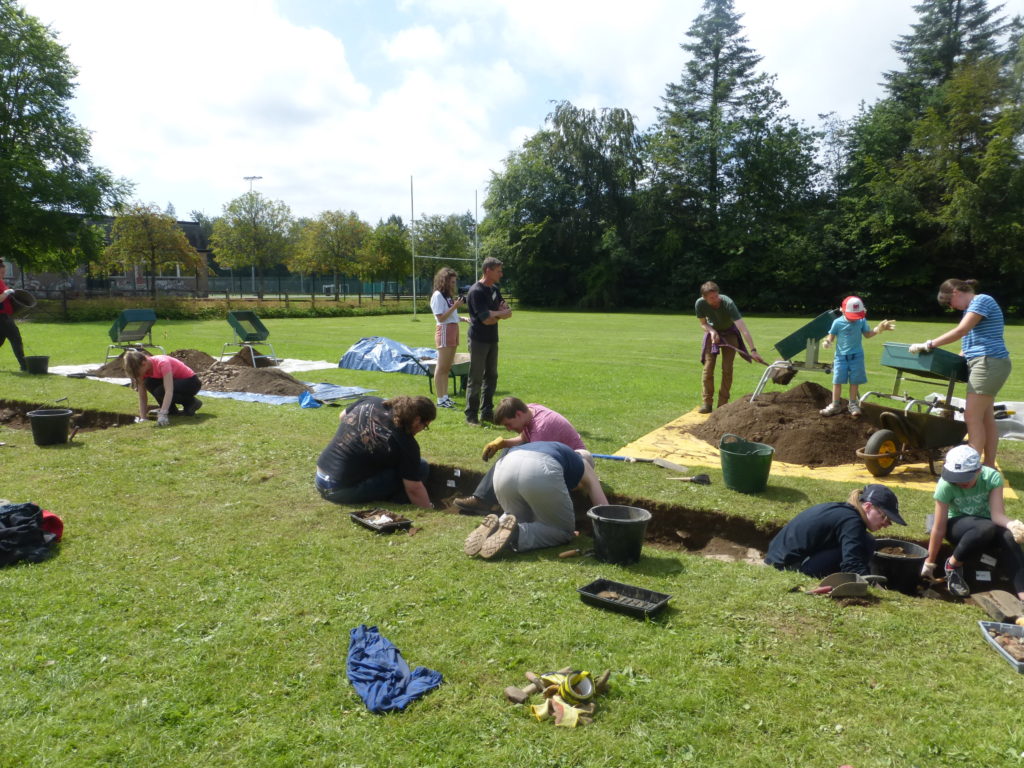 In the course of the dig structural remains were uncovered,  and some very emotive personal items that needed special care and attention, the focus had been in the hostels where the child survivors stayed in 1945 on their arrival in the Lake District, and many visitors were able to add more to the archive about the remarkable community that welcomed them.

More very detailed information, including a ‘Dig Diary’ and ‘Dig Reflections’ is available at http://www.troutbecktotreblinka.com

Reach Over The Wall

Another Space, which produces and manages the Lake District Holocaust Project, has been awarded £9942 from Awards for All, towards a unique project that will involve young people in a film project based in and around Windermere.

From Troutbeck to Treblinka

Another Space, which produces and manages the Lake District Holocaust Project, has received a grant from the Heritage Lottery Fund (HLF) as part of a project to carry out an archaeological survey and dig at the site of Calgarth Estate, a unique historical Second World War location with a dramatic link to the Holocaust. It was home to three hundred Jewish child Holocaust Survivors on their arrival in the Lake District in 1945.

The survey and dig will be carried out at the Lakes School in the summer of 2019. The school stands on the former site of the wartime workers housing scheme of Calgarth Estate. The estate was originally built in 1942 to house workers at the nearby Short Sunderland “Flying Boat” factory at White Cross Bay, and was gradually demolished over time until it finally disappeared in the mid 1960’s.

The survey and dig will take place over the summer and autumn of 2019 and will see wide ranging opportunities for people to work closely with one of the country’s leading archaeologists. There are great opportunities to get involved as volunteers to learn about all aspects of excavation, conservation, and exhibition work. 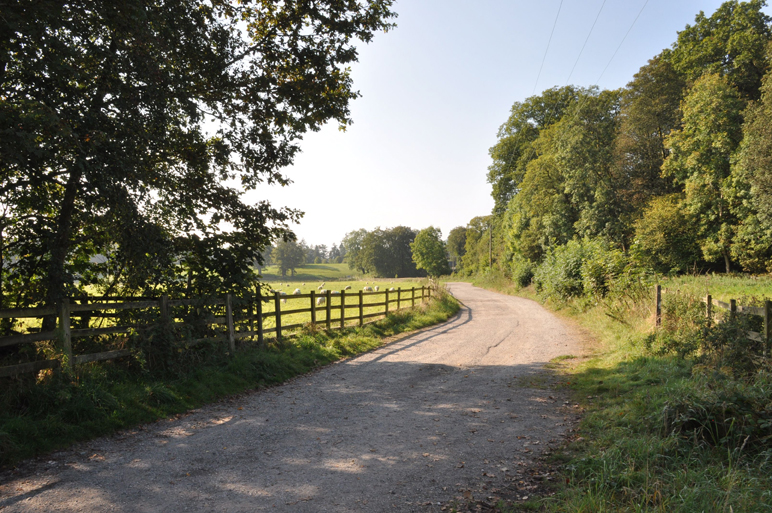 Part of the site of the former Calgarth Estate

The archaeology will be led by world renowned archaeologists Caroline Sturdy Colls and Kevin Colls,  and will include a cutting edge technological survey to identify what remains of the estate lie hidden below ground. This will be followed by excavations that will focus on uncovering the remains of hostel accommodation on the estate that slept single workers from the factory. 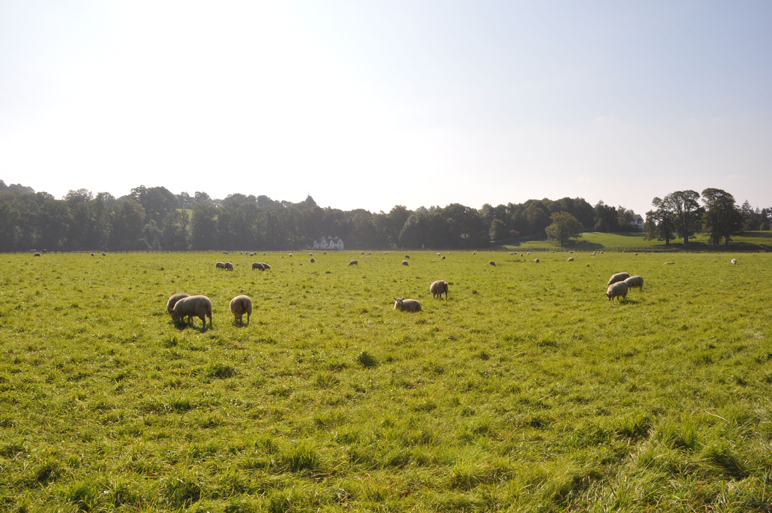 Calgarth Estate stood from 1942 to around 1964. It was home to two hundred families and three hundred single workers. It had a school, shops, entertainment hall, and laundry. The single storey houses were nicknamed “Shorts Palaces” by the residents and had indoor bathing and central heating facilities, still rare for working class people in the Lake District in the 1940’s. The estate was eventually demolished and Lakes School opened on the site in 1967, and most of the former residents were rehoused on the then newly built Droomer Estate in Windermere.

Further information is available at

Over 520 entries were received in 2019 from both primary and secondary schools both in Cumbria, Lancashire and as far afield as Surrey and Sussex. The standard was exceptionally high.

The entries are read by officers of the Lake District Holocaust Project and sent to Catherine Edmunds for her judgment and finally to the Huberman family.  Catherine is not only a writer and poet but also the daughter of one of the child Holocaust Survivors who came to the Lake District – Jana Tanner – and has written the story of her mother’s experiences in the Second World War in her book My Hidden Mother.

More details can be seen at Alfred’s website: http://alfredhuberman.com/

and on the Education page at:
http://www.ldhp.org.uk